Following a successful recovery a young and an old Imperial eagle could return to the wild. 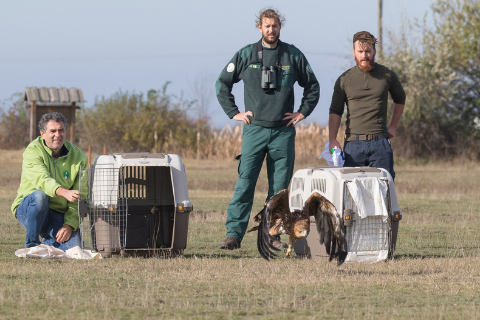 As a result of a joint conservation effort, two strictly protected Imperial eagles could return to the wild after their full recovery. When found, both birds were weak and neither of them could fly.

The young Imperial eagle was found near Somogyvámos, and had been reported to the Balaton Highlands National Park Directorate. The bird showed no sign of injury, but had obvious poisoning related symptoms so it was taken straight to the vet at Budapest Zoo.  Luckily, the animal reacted well to treatment, so it could be transferred to the Eagle Center, run by Hortobágy National Park Directorate.

The older bird was found by the employees of BirdLife Hungary (MME), Körös-Maros National Park Directorate and the Bird Protection and Study Society of Serbia (BPSSS) during an Imperial eagle nest monitoring action near Orosháza. The eagle was unable to fly so it was taken immediately to the Szeged Zoo, where thanks to professional medical treatment, it quickly recovered and was also transferred to the Eagle Center.
Both birds were released succesfully from here onthe 6th of November, 2019.

Both eagles were fitted with transmitters prior to release, provided by the Technisches Büro für Biologie (Mag. Dr. Rainer Raab), in order to follow their reintegration to nature. Hopefully, learning about their behaviour will confirm the effectiveness of the veterinary and rewilding processes, also, it provides the opportunity to discover and investigate non-natural causes of death, such as illegal poisoning or electrocution. 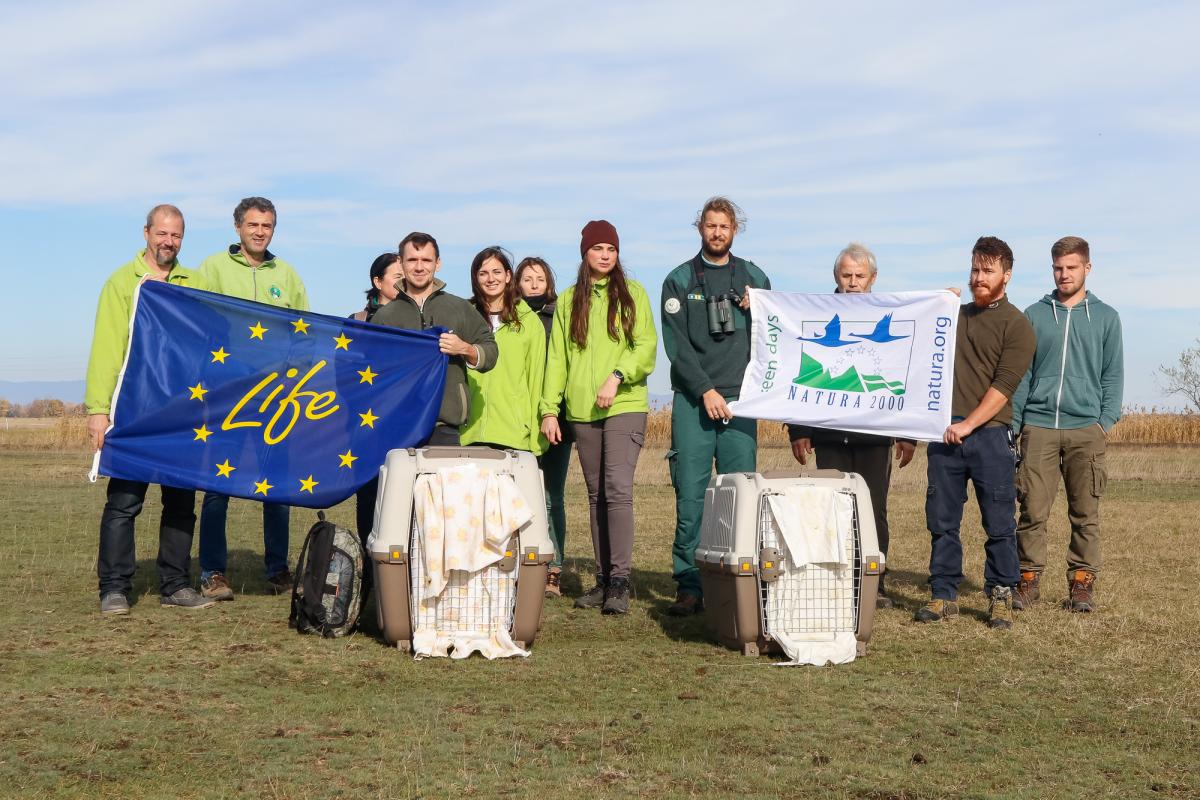 Right before the release...The proud team who was responsible for the rehabilitation of the two birds. (Photo: Márton Horváth )